Fun and Safe Trampoline Games Your Kids Can Play

Trampolines are a lot of fun for kids. They provide exercise and time outdoors in the sun and fresh air. However, bouncing can get repetitive and mundane after a while. If you notice that the kids haven’t been on the trampoline in a bit or seem to be losing interest, there are ways to bring back the fun! Here are 11 games that will help make your trampoline a loved activity once more.

Birds in the Nest

One player is the bird, and the rest are runners. The runners leave the area of the trampoline, out of sight. The bird hides some colored balls (or even plastic Easter eggs) all over the area – on the ground, in bushes, on chairs, etc. Each runner should be assigned a different color. If there are too many players, they can team up. It should look like an easter egg hunt. The bird then sits in their nest (the trampoline), and the runners are brought back. On the count of three, the runners take off looking for the bird eggs of their color. When an egg is found, it needs to be brought back to the nest. Whenever the bird feels like it, they yell, “Return to the nest!” and all runners must go to the trampoline. At this point, the eggs are counted, and whoever has the most wins!

This is a good game for smaller trampolines because only one child goes on the trampoline at a time. Of course, larger ones can be used as well, giving more space! One child goes in at a time and with each jump, makes a different pose. This can even include a seat bounce (butt bounce). Once they exit, a new child must try to do exactly what the jumper before them did. Any remaining kids can play judge. If someone doesn’t follow the same moves, they sit out till the next group. Start off easy, with three moves, and then increase 1-2 moves per turn. Once there is a winner, start a new group with a different leader. 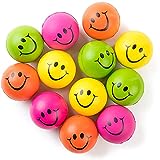 This game is for two players on the trampoline at a time. Other players can cycle out after a predetermined and agreed-upon number of terms. A larger trampoline could possibly be used for three to play, depending on the children’s sizes. One (or two) player jumps, and the other counts the jumps as one, two, three. Before the jumper lands from the third jump, the speaker must call out something for the jumper to do. This could be bottom (to land on their bottom), back, knees, animal (land on all four’s), or even sing or recite a line from a favorite movie.

Bouncing In The Rain

This isn’t so much of a game as it is a way to enhance the trampoline experience on a hot, sweltering summer day. Set up one or more sprinklers under or around the trampoline. A note of caution: this can make the bouncing surface slippery. If you want to make a game out of it, you can use a sprinkler that shoots a stream and rotates. The jumper or jumpers need to jump over the stream of water when it comes around and try not to get wet! If it is scorching out, you can change it to they have to try to stay in the water, not out of it!

Ring Around The Rosie

The classic game you grew up with gets an upcycle and bounce! Players can choose to hold hands or not to hold hands. Players must travel in one direction, going around the outside of the trampoline in a circle. As they go along the circle they sing: “Ring-a-round the Rosie, A pocket full of posies. Ashes! Ashes! We all fall down!” When they reach the word down, everyone must fall down. This can be on their bottom, knees, or whatever action they decide. Players can take turns deciding how they will all fall down, and announce it before the start.

Fill a bunch of water balloons with water. Red is the best color, but you can use whatever you have. All players go onto the trampoline and stand as still as kids can stand. No bouncing! (Yet!) Next, the water balloons, the lava balls, are set on the trampoline. Players count to three in unison and then start jumping! The goal is to not get “burned by lava.” This happens when someone jumps on a balloon and pops it, getting their feet wet. At this time, they exit the trampoline. The last player on the trampoline wins! Here’s a tip: have several batches of lava balloons ready for repeat rounds of this fun game!

This is a classic game that kids seem to love to play. It is either called crack the egg or simply popcorn, depending on where you are. One player curls up on the trampoline, they are the egg or the popcorn. The other players jump around the egg or popcorn, trying to get the egg to crack or the popcorn kernel to pop. This happens when the popcorn or egg player can no longer remain curled up, and they throw out their legs or their arms (or both!). Players take turns being the player that is curled up in the middle.

This game is great if you only have one child or have a smaller trampoline. If you have one child, they can try to beat their best time. If there are kids taking turns, the one with the longest time wins! This game will require you or an older child with a phone that can use a timer unless you have another timer not on a phone; that works too! This game is really simple. The jumper places a ball between their legs and tries to hold onto it, using leg muscles only/squeezing with legs for as long as possible. The timer starts on the first bounce and ends when the ball leaves the legs.

Chalk will work on a trampoline and rinses off easily. Chalk can be used for all sorts of trampoline games. Hopscotch can be drawn out and a bean bag used as a marker. Several colors of chalk can be used to color circles on the trampoline, and a fun and bouncy version of the classic twister game can be played! A maze can be drawn with a line the kids have to follow, and if they come to a break in the line, they have to bounce! There are many ways to use chalk with trampoline play; it just takes a little thought and imagination!

Of course, there are a lot of other games out there that are for or can be adapted to a trampoline. Things like monkey in the middle, hot potato, Simon says, rock paper scissors, and Marco Polo can all be adapted into a trampoline game as well. The goal is to let the kids have fun while getting in shape. Kids can even use their own imagination to create their own games! The possibilities are endless.

Amy was born in Ohio, raised in Minnesota as the oldest of four children, and now lives in Georgia with her three kids. She has identical twin boys and a daughter. She holds a Master’s Degree in Organizational Management, and graduated cum laude with her Bachelor's in Business Administration. She is also an Army Veteran who served as a truck driver in Operation Iraqi Freedom from 2007-2008. She has published three books, including a humorous recollection of her daughter’s toddler years, called “Oh, Haley!”. She loves spending time outdoors and goes hiking every chance she can. She is also a fan of camping and kayaking and loves spending time with her kids and her garden.
Scroll to Top